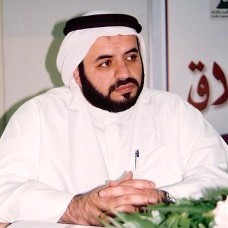 On July 24, 2012, Al Marzooqi was arrested as part of the “UAE94”. Subsequently, he was held in solitary confinement in a secret location for eight months. He was deprived of his right to see his lawyer and his family and was subjected to torture and ill-treatment, including threats to cut off his medicine.

On November 26, 2012, Al Marzooqi was allowed to see his family members for the first time at the State Prosecution’s office. His family reported that he appeared to be in poor health.

On March 4, 2013, the trial of Al Marzooqi before the State Security Chamber within the Federal Supreme Court in Abu Dhabi began. He was informed of the vague charges brought against him, namely “establishing and running a secret organisation seeking to oppose the basic principles of the UAE system of governance and to seize power and having links and affiliations to organisations with foreign agendas”. On March 9, 2013, he was transferred from the secret detention facility to Al Razeen prison.

On July 2, 2013, Al Marzooqi was sentenced to 10 years’ imprisonment, followed by three years’ probation. He was denied the right to appeal to a higher jurisdiction.

In September 2013, Al Marzooqi suffered from a facial nerve paralysis. Requests by his family to allow Al Marzooqi to access medical treatment were rejected.

On November 22, 2013, The UN Working Group on Arbitrary Detention adopted Opinion No. 60/2013 and declared the detention of Al Marzooqi to be arbitrary. It considered, inter alia, the arrest to have resulted from the exercise of the rights to freedom of opinion and expression and to freedom of peaceful assembly and association. Despite the request of the Working Group to release Al Marzooqi and to provide him with compensation, he is currently still detained at Al Razeen prison.

In June 2016, Al Marzooqi received the last visit from his entire family.

In July 2016, Al Marzooqi’s wife, Awatif Mohamed Yusif Ali Al Rayeis, as well as their children, with the exception of one daughter, left the UAE for the medical treatment of their sons in the US.

Al Marzooqi’s citizenship was revoked as an additional reprisal measure for his activism and his support of a 2011 petition demanding political reform in the UAE. In January 2017, Al Marzooqi’s wife received a phone call from the Nationality and Passport Department in which she was informed that the citizenships of her children had been revoked. As a consequence, their daughter in the UAE was denied the right to receive a COVID-19 vaccine as she could not present a valid ID.

Al Marzooqi’s wife assumes that her citizenship has been revoked as well as she has been residing outside the UAE without excuse for a continuous period exceeding two years.

Since May 2017, Al Marzooqi has also not been allowed to contact his wife, his sons and two of their daughters via phone calls. His only daughter who remained in the UAE was unable to visit him from August 2017 until March 2020 and their phone calls are frequently interrupted and monitored. Since March 2020, all visits to Al Razeen prison have been banned.

On March 9, 2021, MENA Rights Group submitted follow-up information on Al Marzooqi’s situation to the UN Working Group on Arbitrary Detention. Since the issuance of Opinion No. 60/2013, which has yet to be implemented by the authorities, Al Marzooqi’s health condition has further deteriorated, as a result of deliberate medical negligence and denial of appropriate medical care. He has further reported restrictions to contact with his family and to religious practice.

On June 1, 2021, together with ALQST for Human Rights and the International Centre for Justice and Human Rights, MENA Rights Group requested the intervention of the Special Rapporteur on minority issues due to the revocation of Al Marzooqi’s and his family members’ citizenships, which rendered them stateless. The submission puts forward that the arbitrary deprivation of their citizenship has had a significant impact on their enjoyment of various civil and political rights as well as economic, social and cultural rights, such as their right to social security, health and work.

Al Marzooqi completed his 10-year sentence in July 2012, yet he remains detained under the Munasaha counselling regime. In view of his continued detention, on August 18, 2022, together with the Emirates Detainees Advocacy Center, MENA Rights Group requested the intervention of the Special Rapporteur on the situation of human rights defenders and the Special Rapporteur on counter-terrorism and human rights to urge Emirati authorities to release him unconditionally.

August 18, 2022: Together with the Emirates Detainees Advocacy Center, MENA Rights Group requests the intervention of the Special Rapporteur on the situation of human rights defenders and the Special Rapporteur on counter-terrorism and human rights to urge Emirati authorities to release him unconditionally.
July 2022: Al Marzooqi completes his sentence but remains detained.
June 1, 2021: Together with ALQST for Human Rights and the International Centre for Justice and Human Rights, MENA Rights Group requests the intervention of the Special Rapporteur on minority issues in relation to the revocation of Al Marzooqi’s nationality as well as the citizenships of his children and his wife.
April 15, 2021:  MENA Rights Group refers Al Marzooqi’s case to the Secretary-General on intimidation and reprisals for cooperation with the UN in the field of human rights.
March 9, 2021: MENA Rights Group submits follow-up information on Al Marzooqi’s situation to the UN Working Group on Arbitrary Detention.
January 2017: Al Marzooqi’s wife receives a phone call in which she is informed that the citizenship of their children has been revoked as well. His wife assumes that her own citizenship has also been withdrawn.
June 2016: Al Marzooqi receives the last visit from his entire family. Since May 2017, Al Marzooqi has also not been allowed to contact his wife, his sons and two of his daughters by phone anymore.
November 22, 2013: The UN Working Group on Arbitrary Detention adopts Opinion No. 60/2013 concerning 61 individuals and declares the detention of Al Marzooqi to be arbitrary. Al Marzooqi continues to be held at Al Razeen prison.
July 2, 2013: Al Marzooqi is sentenced to 10 years’ imprisonment, followed by three years’ probation.
March 4, 2013: Al Marzooqi’s trial before the State Security Chamber within the Federal Supreme Court in Abu Dhabi begins.
July 24, 2012: Al Marzooqi is arrested in the street.

April 19, 2021
Abdullah Al Shamsi released following more than two and a half years of arbitrary detention