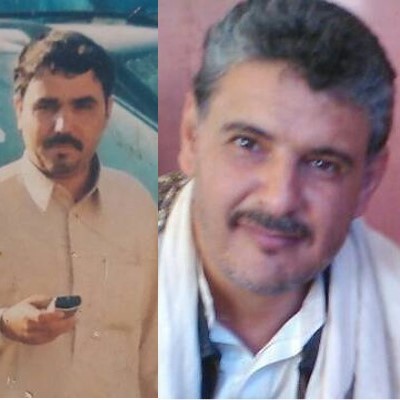 Abdullah Attiah and Abdulmalik Al Mukhanqi are Yemeni nationals who were living and working in the United Arab Emirates (UAE) until they were arrested on September 24, 2014 and charged with terrorism-related offences. On February 14, 2016, following an unfair trial, Attiah and Al Mukhanqi were each sentenced to 10 years imprisonment, a fine of one million Emirati Dirhams and expulsion from the UAE.

On September 24, 2014, Attiah and Al Mukhanqi were arrested by members of the national security services dressed in civilian clothes. During the arrests, no arrest warrant was presented, nor any reason given for their arrests.

While in custody, Attiah and Al Mukhanqi were subjected to severe acts of torture as a means of extracting confessions, which included being severely beaten, hung naked from the ceiling, having their toenails pulled out and sexual assault.

In late 2015, Attiah and Al Mukhanqi's trial commenced before the State Security Chamber of the Federal Supreme Court of Abu Dhabi. During the first hearing, Attiah and Al Mukhanqi were advised that they was being charged with supplying the “terrorist” Houthi movement in Yemen with military and chemical materials that can be used in explosives, cars and communications equipment, and transferring them to branches of the movement in Yemen. In addition, Attiah was also advised that he was being charged with founding an organisation – ‘Safinat Al Sahra’ (سفينة الصحراء) – for the management of Houthi finances and property holdings. Although he was charged with being knowingly providing services to a terrorist organisation, the Houthi movement was only initially listed as a terrorist organisation in November 2014, two months after Attiah's arrest.

Throughout the legal proceedings, Attiah and Al Mukhanqi were denied access to legal counsel and were only permitted to defend themselves, without the assistance of legal counsel, for a couple of minutes during the trial before they was cut off by the judge. Despite Attiah and Al Mukhanqi informing the judge that their confessions had been extracted under torture, the judge admitted the confessions into evidence and no investigation was launched into the torture allegations.

On February 14, 2016, during their second hearing, the Federal Supreme Court sentenced Attiah and Al Mukhanqi to 10 years imprisonment, a fine of one million Emirati Dirhams, and expulsion from the UAE. The permanent shut-down of Attiah’s company and website was also ordered and both Attiah and Al Mukhanqi were denied the right to appeal as well as consular assistance.

August 16, 2019: The WGAD issues Opinion No. 55/2019, stating that Attiah and Al Mukhanqi are being detained arbitrarily and calls on the authorities to immediately release them.
January 18, 2019: MENA Rights Group submits a request for Opinion to the Working Group on Arbitrary Detention (WGAD).
February 14, 2016: The Federal Supreme Court sentences Attiah and Al Mukhanqi to 10 years imprisonment, a fine of one million Emirati Dirhams and expulsion from the UAE, following a summary trial. The permanent shut-down of Attiah’s company and website is also ordered.
Late 2015: Trial commences before the State Security Chamber of the Federal Supreme Court of Abu Dhabi and Attiah and Al Mukhanqi first become aware of the charges against them.
April 2015: Transferred to Al Wathba Prison in Abu Dhabi.
September 24, 2014: Arrested by members of the national security services.