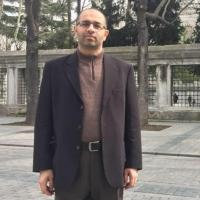 On March 7, 2019, Rafat Abu Nabhan was arrested by members of the Syrian Army immediately after entering into Syria from Lebanon while on his way to Damascus to join his family. He was transferred from the Palestine branch to Adra prison on October 29, 2019, before being released on 22 September 2020.

After the TV channel Abu Nabhan worked for was shut down in February 2019 due to a lack of funding, Abu Nabhan’s wife – a Syrian national – moved to Damascus, where she currently resides with their children.

On March 7, 2019, Abu Nabhan was travelling from Lebanon to Syria by taxi to join his family in Damascus. Immediately after entering Syria through the Masnaa border crossing, he was stopped by members of the Syrian Army. The officers arrested him and took him to an unknown location.

The taxi driver witnessed the arrest and informed his family unofficially that the Syrian Army had taken him to the Military Intelligence Branch 235 (known as the “Palestine Branch”), located in Damascus. However, his family was unable to confirm this information and had not received any official information from the Syrian authorities regarding his whereabouts.

He was transferred from the Palestine branch to Adra prison on October 29, 2019. From then on, his wife's relatives were able to visit him. In September 2020, he was sentenced to a year and half of imprisonment for “financing terrorism”. As he had already served his sentence, and had his case included in a presidential amnesty, he was released on September 22, 2020, and in coordination with the Jordanian embassy in Syria, returned back to Jordan.

September 29, 2020
Two brothers disappeared in the aftermath of the 2012 Karam El Zeitoun massacre in Homs