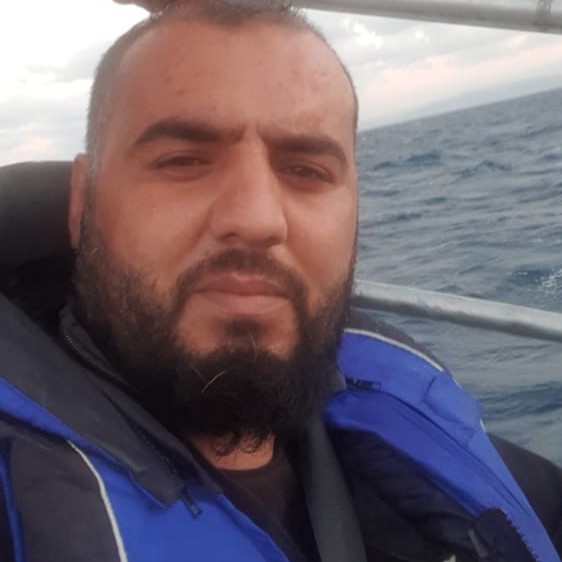 Fouad Houblos is a Lebanese national who was on the boat that sunk on the night of September 21, 2022, near Arwad Island, along the coast of Tartus, Syria. Houblos managed to swim to the shore and was rescued. The next day, his family was able to visit him in al-Basel Hospital, Tartus, Syria. On September 23, his wife went to the hospital to visit him again but was informed that he was transferred to the military hospital. After she went there, she was denied entry and the security officer told her that no one can see him or contact him. He remained forcibly disappeared until his release on December 1, 2022.

On September 21, 2022, a boat transporting about 150 persons sunk off near Arwad Island, beside the coast of Tartus, Syria. The boat was heading towards Europe from north Lebanon.

Search and rescue operations have confirmed that at least 70 people died. Early reports indicate that 20 survivors, who successfully swam to the shore, were transferred to the hospital in the city of Tartus, Syria, among whom Houblous.

On September 22, 2022, his family was able to visit him in al-Basel Hospital in Tartus. When his family met him, he was fine but seemed nervous because of the presence of members of security forces outside his hospital room.

The next morning, his wife went to the hospital to visit him again. However, she was surprised to learn that he was transferred to the military hospital in Tartus. She went there, but a security member refused to let her in and told her that “no one can see him anymore or contact him”. Since then, his family has had no information on fate and his whereabouts.

On September 26, 2022, Houblos’ family contacted the Lebanese head of the High Relief Commission, Major General Mohammad Khair. The next day, he told them that he had brought Houblos’ disappearance to the attention of the interim Prime Minister and the Director General of Public Security, among others.

On October 6, 2022, MENA Rights Group submitted an urgent appeal to the Working Group on Enforced or Involuntary Disappearances (WGEID) urging it to call on the Syrian authorities to clarify Houblos’s fate and whereabouts.

December 1, 2022: Lebanese authorities release Houblos.
November 30, 2022: Syrian authorities hand over Houblos to the Lebanese authorities who arrest him as he was not carrying his identity document.
October 6, 2022: MENA Rights Group submits an urgent appeal to the UN Working Group against Enforced Disappearance (WGEID).
September 26, 2022: Houblos’ family contacts the Lebanese head of the High Relief Commission, who brings it to the attention of the interim Prime Minister and the Director General of Public Security, among others.
September 23, 2022: His wife goes to the hospital to visit him again. However, she is informed that he was transferred to the Tartus military hospital in Tartus. She goes there, but members of the security forces refuse to let her in or provide her information about his whereabouts.
September 22, 2022: His family visits him in al-Basel Hospital, Tartus.
September 21, 2022: A boat transporting around 150 persons sinks off the coast of near Arwad Island, beside the coast of Tartus, Syria. Houblos manages to swim and reach the shore.