Syrian defected officer disappeared in Lebanon and Syria since November 2014

Syrian defected officer disappeared in Lebanon and Syria since November 2014 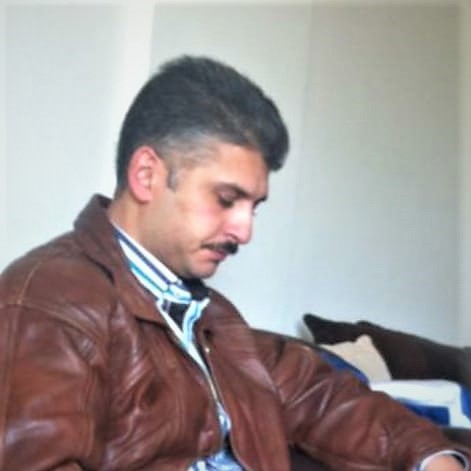 Mohammad Nassif was abducted on November 25, 2014, by Hezbollah members at a mobile checkpoint in Al Nabi Shayth village in Beqaa, East Lebanon. He was then handed over to the Syrian Intelligence. On July 18, 2020, a former detainee informed Mr Nassif’s family that he had seen him at “Branch 235”, also known as the Palestine Branch, which is a prison operated by Syrian Intelligence located in Damascus.

Mohammad Nassif is a Syrian defected officer with a rank of Captain. He was working at the Faculty of Electronic warfare in Set Zaynab, Syria.

On October 29, 2014, he entered Lebanon legally. On November 25, 2014, Nassif was travelling by bus through the Beqaa when he was stopped at a mobile checkpoint by members of Hezbollah.

According to information provided by his family, Nassif was lured into going to Al Nabi Shayth village after he was informed that the Lebanese Military Intelligence was following him and seeking to arrest him. As a result, he had agreed with smugglers to go back to Syria, together with three other Syrians. Instead of heading towards the Syrian border, the bus driver unexpectedly changed his route and drove them to Al Nabi Shayth, a village considered to be pro-Hezbollah. Following his abduction, he was transferred to an unknown location.

On April 8, 2015, Nassif’s family submitted a complaint to the Public Prosecution in Beqaa. After a few days, five people were arrested by the Lebanese Security Forces. The suspects later confessed that they had abducted Nassif. However, they were subsequently released. The family believe that at least three of those who were arrested are affiliated with Hezbollah.

Nassif’s family tried to contact some members of Hezbollah in order to know his fate and whereabouts. Subsequently, the family received from the armed group a picture of Nassif holding a paper dated May 28, 2015.

In March 2020, Nassif’s family was able to visit him in Sednaya Military Prison. The visit was, however, not conducted through official channels and can thus not be considered as a formal acknowledgement of Nassif’s detention.

On July 18, 2020, a former detainee informed Nassif’s family that he had seen him a week before at “Branch 235”, also known as the Palestine Branch, a facility under the control of the Syrian Military Intelligence. The Palestine Branch is located in Damascus. When Nassif’s family received this information, they tried to reach out to the Syrian authorities to organise a second visit, but to no avail.

On 18 January, 2021, MENA Rights Group requested the intervention of the UN Working Group on Enforced or Involuntary Disappearances.

The Syrian authorities should release him or, at the very least, bring him under the protection of the law. Lebanon should clarify the circumstances surrounding the kidnapping of Nassif and his transfer from Lebanon to Syria despite the substantial grounds for believing that he was going to be in danger of being subjected to enforced disappearance and other human rights violations.