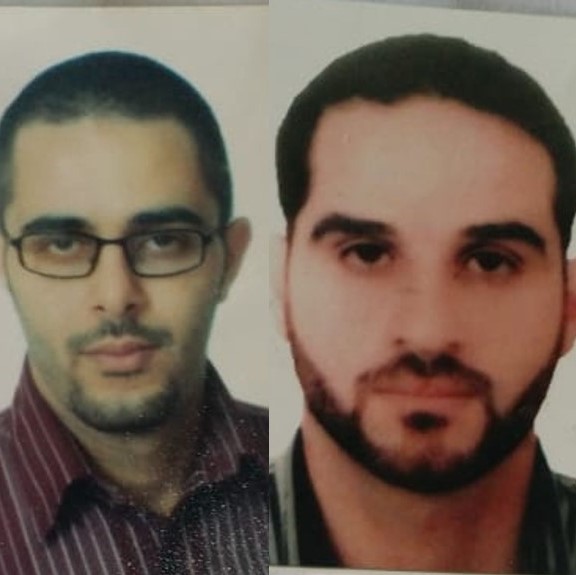 On October 30, 2015, Jordanian nationals Yasser and Abdallah Abu Bakar were arrested and taken to a secret detention facility. The two brothers had been living and working in the United Arab Emirates (UAE) until their arrest. On December 26, 2017, following an unfair trial, they were each sentenced to 10 years imprisonment and a fine of one million Emirati Dirhams for charges relating to terrorism.

On October 30, 2015, Jordanian brothers Yasser and Abdallah Abu Baker were arrested by members of the national security services dressed in civilian clothes. During the arrests, no arrest warrant was presented and no reason was given.

The two brothers were secretly detained for over three months, during which they were held in solitary confinement and interrogated eight hours a day, for 45 consecutive days, without breaks. Although they were allowed restricted contact with family members with a short call every few weeks, the brothers were prevented from revealing their location. In February 2016, they were transferred to Al Wathba Prison in Abu Dhabi, which is where they currently remain.

While in custody, Yasser and Abdallah Abu Baker were subjected to severe acts of torture which included electric shocks, beatings, exposure to the extreme cold, sleep deprivation, the administration of hallucinogens, and threats of arresting and raping members of their family. The brothers were also forced to sleep on the floor, denied the use of the lavatories, and denied food for long periods of time. They were coerced into signing interrogation minutes and were forced to fingerprint and sign blank pieces of paper. These blank pieces of paper were later filled in with “confessions” to (i) posting material in support of ISIS on social media, (ii) conspiring to produce firearms, and (iii) conspiring to kill foreigners and members of the military forces. During their trial, Yasser and Abdallah Abu Baker informed the judge of the torture they had experienced, however, their forced confessions were admitted as evidence during the trial.

Contact with the Abu Baker brothers has been restricted since their arrest in 2015. The Jordanian consulate was denied access to the brothers until late 2016, where they have since only been allowed to visit once a month. While they have been allowed a weekly phone call with their families since February 2016, they were only allowed one family visit since their family members were later expelled from the UAE and banned from re-entering the country.

On May 31, 2017, Yasser and Abdallah Abu Baker were informed that they were being charged with offences relating to terrorism and cybercrime. Throughout their detention, they have been regularly denied access to legal counsel. Unable to appoint a lawyer until August 9, 2017, the brothers were then only allowed to consult with their lawyer for a total of 10 minutes and the lawyer was only permitted to access their case file for half an hour. During trial, the public and representatives from the Jordanian consulate were permitted access to some of the trial sessions but were denied access to others. Although self-incriminating confessions were admitted into evidence, no investigation was ever launched into the torture allegations. The brothers have also been denied access to medical treatment.

On December 26, 2017, the Federal Court of Appeal sentenced the brothers to 10 years imprisonment and a fine of one million Emirati Dirhams each. Both were denied the right to appeal.

On May 3, 2019, the WGAD issued Opinion No. 28/2019, stating that Yasser and Abdallah Abu Baker had been detained arbitrarily and calling on the authorities to immediately release them and accord them an enforceable right to compensation and other reparations.

May 3, 2019: The WGAD adopts Opinion No. 28/2019, stating that Abu Baker brothers are being detained arbitrarily and calls on the authorities to immediately release them.
December 5, 2018: MENA Rights Group submits a request for Opinion to the Working Group on Arbitrary Detention (WGAD).
April 11, 2018: The President of the Federal Supreme Court declares the appeal to be inadmissible.
March 19, 2018: Abu Baker brothers lodge an appeal before the Federal Supreme Court.
December 26, 2017: The Federal Court of Appeal sentences Abu Baker brothers to 10 years imprisonment and a fine of one million Emirati Dirhams each.
September 27, 2017: Trial commences before the Federal Court of Appeal.
May 31, 2017: Abu Baker brothers are officially informed of the charges against them.
February 2016: Transferred to Al Wathba Prison in Abu Dhabi.
October 30, 2015: Arrested by members of the national security services.