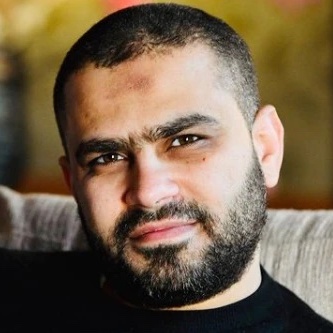 Lire la page en français
Osama Al Hasani, an Australian-Saudi national, was arrested on February 8, 2021, in Tangier, Morocco, on the basis of a red notice issued by INTERPOL upon Saudi Arabia’s request. His case was referred to the Court of Cassation, which decided to rule in favour of Al Hasani’s extradition on March 10, 2021. On March 12, 2021, the United Nations Committee against Torture requested Morocco to take interim measures and not to extradite Al Hasani pending the review of his case. On March 13, 2021, the Moroccan authorities responded to the Committee, stating that Al Hasani “was extradited on the morning of March 13, 2021 (2.45 a.m.) to the Kingdom of Saudi Arabia before the competent Moroccan authorities could consider the [CAT] verbal note”. He has since been held incommunicado in Saudi Arabia.

Osama Al Hasani is an Australian-Saudi national who normally resides in the United Kingdom. He was arrested in Tangier, Morocco, on February 8, 2021, where he had just arrived to visit his wife and child. The police arrested him on the basis of a 2016 red notice, issued by INTERPOL upon Saudi Arabia’s request. Al Hasani is wanted by the Saudi authorities in relation to an alleged car theft that took place in 2015, in a case involving six other defendants. Except for Al Hasani who had left the country in July 2015, they were all sentenced by the Court of Jeddah to three months in prison in 2018. During the trial, the defense challenged the legality of the confessions as some of the defendants stated they were subjected to torture when they were interrogated.

Following a 72-hour custody, Al Hasani was transferred to Tangier prison on February 11. He was later moved to Tiflet prison. His case was referred to the Court of Cassation, the competent jurisdiction to rule on extradition requests.

On March 8, 2021, Al Hasani was presented before the Court of Cassation. During the hearing, his defence raised the fact that Al Hasani was at risk of torture should he be extradited to Saudi Arabia. These risks can be qualified as foreseeable, real and personal insofar as he is wanted in a trial marred by allegations of torture raised by Al Hasani’s co-defendants. Furthermore, there is an additional risk that Al Hasani will be subjected to corporal punishments, in case the Saudi judicial authorities find him guilty of the alleged 2015 car theft. According to the UN Committee against Torture (CAT), corporal punishments, such as amputation, amount to torture and are prohibited under the Convention against torture (UNCAT).

Despite those risks, the Court of Cassation ruled in favour of Al Hasani’s extradition on March 10, 2021. As this decision is final and cannot be challenged, MENA Rights Group submitted a request for interim measures before the CAT, invoking a possible violation by Morocco of the non-refoulement principle enshrined in article 3 UNCAT. On March 12, 2021, the CAT requested Morocco to take interim measures by suspending the extradition of Al Hasani pending the review of his case by the Committee.

On March 13, 2021, the Moroccan authorities responded to the Committee, stating that Al Hasani “was extradited on the morning of March 13, 2021 (2.45 a.m.) to the Kingdom of Saudi Arabia before the competent Moroccan authorities could seize themselves of the [CAT] verbal note”. They further indicated that Al Hasani was subject to an international arrest warrant issued by the Saudi authorities and transmitted by Interpol, that the extradition abided by all legal guarantees and was carried out on the basis of a decree dated 11 March 2021 subsequent to the Court of Cassation’s decision. They also argued that Al Hasani was granted all his rights, including his right to legal counsel and consular assistance, and that a delegation from the National Council for Human Rights visited him on March 5.

He is currently being held incommunicado in Saudi Arabia since the date of his extradition.

March 17, 2021: MENA Rights Group requests the urgent intervention of the UN Committee on Enforced Disappearances after Al Hasani was subjected to enforced disappearances during the proceedings for extradition to Saudi Arabia.
March 13, 2021: The Moroccan authorities respond to the Committee against Torture, stating that Al Hasani was extradited to Saudi Arabia at 2.45 a.m. on March 13, 2021.
March 12, 2021: UN Committee against Torture requested Morocco to take interim measures by suspending the extradition of Al Hasani pending the review of his case.
March 11, 2021: MENA Rights Group submits a request for interim measures before the UN Committee against Torture, invoking a possible violation of the non-refoulement principle by Morocco.
March 10, 2021: Morocco’s Court of Cassation rules in favour of the extradition of Al Hasani to Saudi Arabia.
March 8, 2021: Morocco’s Court of Cassation examines Saudi Arabia’s extradition request.
February 23, 2021: Al Hasani is transferred to Tiflet prison.
February 11, 2021: Al Hasani is brought before the prosecutor of the Court of First Instance of Tangier and transferred to Tangier prison. Saudi Arabia’s Attorney General sends his Moroccan counterpart a request for extradition against Al Hasani.
February 8, 2021: Al Hasani is arrested in Tangier.