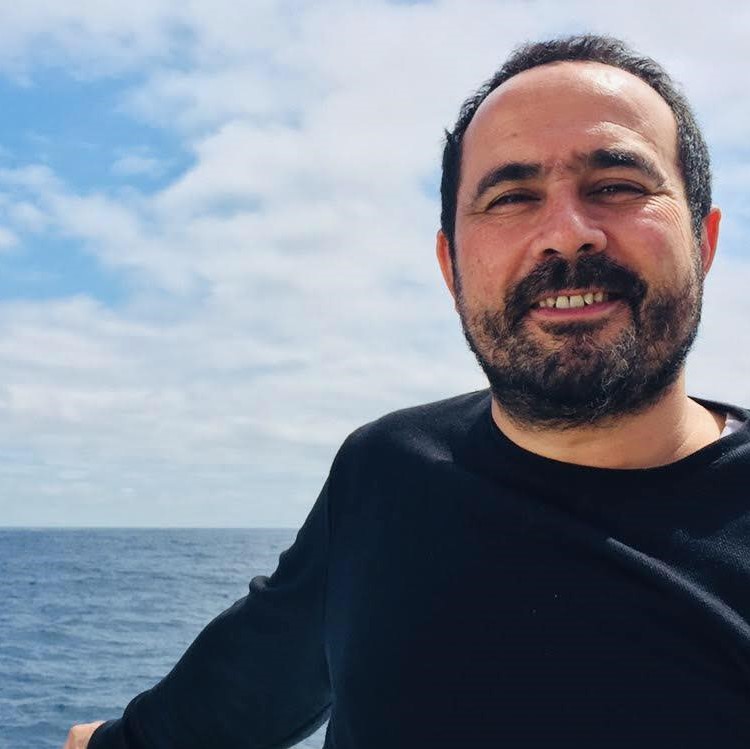 Lire la page en français
Soulaimane Raissouni is a journalist known for his editorials critical of the authorities. On May 22, 2020, he was arrested by the police in Casablanca and charged three days later with “indecent assault with violence and kidnapping”. His trial opened on February 9, 2021, before the Court of Appeal of Casablanca. On July 9, 2021, he was sentenced to five years in prison.

Soulaimane Raissouni is a Moroccan journalist known for his editorials critical of the authorities. In 2018, he became the editor of the Arabic-language daily Akhbar Al Yaoum. In recent years, the newspaper has been subject to numerous attacks by the authorities. The newspaper's former editor-in-chief, Taoufik Bouachrine, was sentenced on appeal to 15 years in prison the Casablanca Court of Appeal in 2019. Soulaimane Raissouni's niece, Hajar Raissouni, also a journalist for the newspaper, was sentenced to one year in prison for “illegal abortion” and “debauchery” on September 30, 2019.

In 2020, Raissouni criticised the increasing prominence of the head of the Directorate General of National Security and the Directorate General of Territorial Surveillance, Abdellatif Hammouchi, and his role in the proliferation of “defamation media,” a term referring to a group of websites known for their close ties to the security services. On May 20, 2020, Raissouni published an editorial blaming the authorities for prosecuting thousands of people for violating the state of health emergency legislation in connection with the COVID-19 pandemic.

On May 14, 2020, an internet user and member of the LGBTQ community, claimed on Facebook that he was the victim of a sexual assault in September 2018. Although the post does not mention the name of the alleged attacker, Soulaimane Raissouni is implicitly designated in the post. The events allegedly occurred on September 15, 2018, while Raissouni’s wife was reporting on the LGBTQ community in Morocco. Following this statement, media outlets close to the authorities, such as Chouf TV and Barlamane, called for Raissouni’s arrest.

On May 22, 2020, Raissouni was arrested by about 15 plainclothes police officers outside his home in Casablanca. The police operation was carried out in the absence of an arrest warrant and in the presence of a Chouf TV crew. This suggests that Chouf TV had been warned in advance to film the police intervention. Their footage shows that it was not the implementation of a summons, contrary to what the authorities claimed.

After three days of police custody during which he was not allowed to speak with his lawyers, Raissouni was presented on May 25, 2020 before the public prosecutor of the Casablanca Court of Appeal. The latter opened a preliminary investigation for alleged acts of “indecent assault with violence and sequestration” on the basis of articles 436 and 485 of the Criminal Code. He was presented the same day before the investigating judge who ordered his detention. The judge initially dropped the charge of “sequestration” under article 436. This decision was however reversed in January 2021 following a request by the prosecutor for a re-characterisation of the alleged facts.

During the first three weeks of his detention, Raissouni was deprived of his right to be assisted by a lawyer. The authorities justified this delay by placing Raissouni in quarantine for 15 days following his placement under a detention order at the Ain Sbaa prison as part of measures to contain the COVID-19 pandemic.

According to the Interim Guidelines on COVID-19 and Persons Deprived of Liberty issued by the World Health Organization (WHO) and the Office of the United Nations High Commissioner for Human Rights (OHCHR), “the ability to meet with a lawyer must be maintained and prison authorities must ensure that lawyers are able to speak with their clients in confidence.”

Raissouni’s trial began on February 9, 2021, before the criminal chamber of first instance of the Casablanca Court of Appeal, but has been postponed numerous times. It was not until the beginning of 2021 that the defense lawyers were able to consult the indictment issued by the investigating judge.

On April 8, 2021, Raissouni decided to go on hunger strike to challenge his continued detention on remand. According to Amnesty International, on the day Raissouni began his hunger strike, prison guards searched his cell and seized his belongings in retaliation. He was also transferred to another cell near the prison kitchen.

On April 22, Raissouni was finally allowed to consult his criminal file under the supervision of the prison administration following a request by his lawyers. However, he had great difficulty reviewing his file due to the deterioration of his health as a result of his hunger strike.

Raissouni was kept in pre-trial detention beyond the time limit set out in article 177 of the Code of Criminal Procedure, which sets the maximum duration of pre-trial detention to two months, renewable five times. Moreover, it should be recalled that under international law, as in Moroccan law, pre-trial detention must be an exceptional measure. It has never been demonstrated that releasing Raissouni on remand would have entailed a considerable risk of flight, prejudice to the complainant, or influence on the evidence or the course of the investigation. Furthermore, Raissouni has publicly indicated his willingness to attend his trial and answer the charges against him in fair proceedings.

On July 9, 2021, Raissouni was sentenced to five years’ imprisonment and 100,000 MAD following a trial marred by irregularities, as highlighted by Reporters Without Borders in a press release. The trial was marked by numerous violations of the principle of equality of arms between the prosecution and the defense. In particular, the alleged victim said that a cleaning lady had been locked in the kitchen so that she could not see nor hear what was going to happen. However, she never appeared in court to testify despite the insistence of the defense team.

The legal work carried out by the defense was made difficult due the simultaneous hearings held in the trial against Omar Radi, another independent journalist, who is being tried with “attacking state security" and “rape”. Both journalists are represented by the same lawyers.

During the last days of the trial, the lawyers withdrew from the hearings after the judge refused to guarantee Raissouni the means to attend his trial. As a result, the defense was not able to cross-examine the alleged victim, who was only heard during the final hearings. The verdict was pronounced in the absence of the defendant and his lawyers.

This conviction stands in contrast to Morocco’s practice of sanctioning acts of sexual violence, particularly those targeting members of the LGBTQ community. According to a research conducted by the Danish Immigration Service, it is difficult for an LGBTQ person who fears for his or her safety to ask for and obtain protection by the authorities at the local police station. In addition, LGBTQ persons tend to stay away from the legal system because even as a victim of a criminal offense they could still be charged under article 489 of the Penal Code, which punishes same-sex relations with prison terms of up to three years. The opening of an investigation into Raissouni when the alleged victim has not filed a complaint is a rare, if not unique, occurrence in Morocco and calls into question the good faith of the authorities.

As Amnesty International explained, “it is vital for all sexual assault allegations to be properly investigated and for perpetrators of such assaults to be brought to justice. However, regardless of how serious the charges against Suleiman are, the authorities must ensure he is treated fairly and is granted a fair bail hearing.”

In recent years, many voices criticised the use of false accusations of sexual assault and “morality” to retaliate against journalists critical of the authorities. Taoufik Bouachrine, Soulaiman Raissouni, Omar Radi, and Hajar Raissouni all have in common that they have been arrested, prosecuted, or convicted on sexual or morality charges.

On July 6, 2021, MENA Rights Group and the Moroccan Association for Human Rights (AMDH) filed a complaint with the UN Working Group on Arbitrary Detention (WGAD), asking the Working Group to issue an Opinion as to the arbitrary nature of Raissouni’s detention.

On April 6, 2022, the WGAD issued Opinion No. 31/2022 recognising the arbitrary nature of Raissouni’s detention and calling for his immediate release. In particular, the UN experts found that the authorities had not established the legal basis for his detention, and that the latter was related to his work as a journalist and the exercise of his right to freedom of expression. The UN experts also concluded that the violations of his right to a fair trial were of such gravity as to render his detention arbitrary.

April 6, 2022: The UN Working Group on Arbitrary Detention (WGAD) adopts Opinion No. 31/2022 recognising the arbitrary nature of Raissouni’s detention and calling for his immediate release.
July 9, 2021: Soulaimane Raissouni is sentenced to five years in prison by the Casablanca Court of Appeal.
July 6, 2021: MENA Rights Group and the Moroccan Association for Human Rights (AMDH) file a request for Opinion with the UN Working Group on Arbitrary Detention.
April 8, 2021: Raissouni begins a hunger strike.
March 2021: Akhbar Al Yaoum stops publishing.
February 9, 2021: Opening of the trial before the criminal chamber of first instance of the Court of Appeal of Casablanca.
May 25, 2020: Raissouni is charged with “sexual abuse with violence and sequestration.”
May 22, 2020: Raissouni is arrested in front of his home in the presence of a crew from Chouf TV.
May 20, 2020: Raissouni publishes an editorial criticising the security measures taken under the state of health emergency related to the COVID-19 pandemic.
May 14, 2020: An Internet user claims on Facebook that he was sexually assaulted in September 2018.