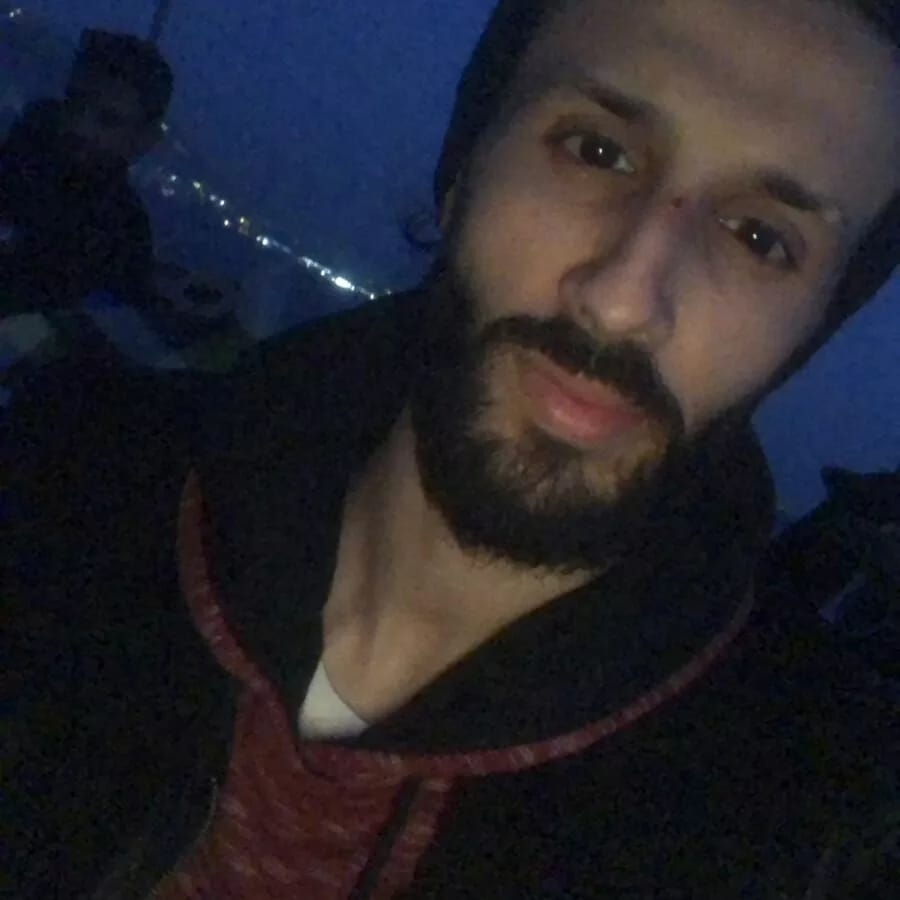 Hashem Muthlej is a Lebanese national who was on the boat that sunk on the night of April 23, 2022. He and about 80 other persons were trying to leave Lebanon irregularly. According to some of the 45 survivors, the sinking was caused by the intervention of the Lebanese naval forces, which put the passengers’ lives at risk. Seven bodies have been recovered, while the remaining passengers are still missing. Muthlej is one of them. However, his family received information that he had been rescued but was later arrested.

On April 23, 2022, a boat transporting around 80 persons sunk off the coast of Tripoli, Lebanon. It was described as the greatest migrant tragedy for Lebanon in recent years at a time when the country experiencing a severe economic meltdown. While most passengers were Lebanese, some were Palestinian and Syrian.

On April 24, 2022, the Lebanese army announced that the number of survivors was 45. Seven bodies were recovered, including a 40-day-old baby, while the remaining passengers are still officially missing. Hashem Muthlej, his sister and brother-in-law where on board that night. While the latter were both rescued, Muthlej’s family have received no news from Hashem since that night. They, however, received information, from different sources, that he had been rescued before being subsequently arrested.

After his sister and her husband were rescued by the Lebanese navy, they asked if Muthlej had survived and one of the soldiers replied that he had been rescued and sent ashore by the first military boat to arrive at the site. Similarly, one of the surviving members of the Dandashi family, another family who was on the boat, told them that he had seen Muthlej being rescued.

During the night of the shipwreck, Muthlej’s family contacted the head of the Military intelligence Directorate in Tripoli who confirmed that Muthlej’s name appeared in the list of survivors. He allegedly promised to provide them with a telephone contact so that they can speak with him.

Three days after Muthlej’s disappearance, his family went to the governmental hospital in Tripoli, to where survivors had been taken, asking to see the footage of the hospital’s security camera to check whether Muthlej had entered the facility. The hospital administration informed the family that they had no recordings because video footage is automatically deleted after three days. A hospital staff member, however, told them that Muthlej was one of the survivors who was admitted at the hospital.

Two weeks later, Muthlej’s family went to the Ministry of Defence, accompanied by representatives of the families of the victims of the shipwreck. There they met with the head of the Lebanese army and asked him whether any survivors had been arrested after the shipwreck. He responded that six foreigners were detained. Since Muthlej has a Palestinian accent when speaking and was not carrying his ID on the boat, they fear that Muthlej could be one of them.

Meanwhile, Muthlej’s parents received a phone call from a person who introduced himself as a member of the intelligence services. He informally told them that their son was fine and that he was being held in a Ministry of Defence facility.

In late August 2022, a former detainee informed Muthlej’s family that he was allegedly detained at the General Security detention centre in Tripoli, at the request of the Military Intelligence Directorate. According to his testimony, Muthlej was taken from the hospital by members of the intelligence who prevented him from communicating with anyone since then.

On August 30, 2022, a group of lawyers representing Muthlej’s father submitted a complaint before the Public Prosecutor of the Cassation Court in Beirut regarding his son’s disappearance, but to no avail. The complaint was submitted on the basis of articles 37-40 of chapter six of the Enforced Disappearance and Missing law No. 105.

On September 7, 2022, MENA Rights Group submitted an urgent appeal to the Working Group on Enforced or Involuntary Disappearances (WGEID) urging it to call on the Lebanese authorities to clarify Muthlej’s fate and whereabouts. The search should be conducted under the presumption that Muthlej is alive, regardless of the circumstances of the disappearance. His family and their legal representatives should have the right to take part in the search without fear of reprisals.

To this day, the circumstances of the vessel’s sinking are disputed. Survivors say their boat was rammed by the Lebanese navy, while the military claims the migrants’ boat collided with a navy vessel while trying to get away. President Michel Aoun, said the incident must be investigated due to these “conflicting accounts of events.”

Although an investigation by Lebanese authorities into the incident is still ongoing, few families expect it to come to a just conclusion, underlining mistrust in Lebanon’s judiciary. On April 26, 2022, the Lebanese army announced that the Lebanese Intelligence Directorate would continue investigating the sinking according to the request of the Military Public Prosecutor.

Considering the allegations made by survivors, civil society organisations have claimed that the Military Intelligence Directorate should not be the responsible entity investigating the conduct of members of the Lebanese navy as it cannot be considered “independent and impartial” within the meaning of the Minnesota Protocol on the Investigation of Potentially Unlawful Death.

September 7, 2022: MENA Rights Group submits an urgent appeal to the Working Group against Enforced Disappearance (WGEID).
August 30, 2022: Lawyers representing Muthlej’s family file a complaint before the Public Prosecutor of the Cassation Court, but to no avail.
Late August 2022: A former detainee informs Muthlej’s family that he is allegedly detained at the General Security detention centre in Tripoli.
April 26, 2022: The Lebanese army announces that the Lebanese Intelligence Directorate would continue investigating the sinking according to the request of the Military Public Prosecutor.
April 24, 2022: The Lebanese army announces that the number of survivors reached 45, seven bodies have been recovered, while the remaining passengers, including Muthlej, are still missing; Survivors claim that the sinking was caused by the intervention of the Lebanese naval forces.
Night of April 23, 2022: A boat transporting around 80 persons sinks off the coast of Tripoli, Lebanon.