In a joint letter addressed to the Office of the UN High Commissioner for Human Rights, Volker Türk, a coalition of seven rights organisations raised their concerns over the prevalence of the death penalty in Saudi Arabia and its use against child defendants, pro-democracy protestors and non-lethal offences. The coalition further requested that the UN High Commissioner engage with the Saudi authorities on their use of the death penalty and urge them to implement a moratorium on its use.

Office of the United Nations High Commissioner for Human Rights

To the United Nations High Commissioner for Human Rights

We, the undersigned organisations, write this open letter about the gravely concerning trends in Saudi Arabia’s recent use of the death penalty.

Since the beginning of 2022, the Saudi government has carried out at least 124 executions. On 12 March 2022, Saudi Arabia executed 81 men in one day, marking the largest mass execution carried out in the country’s history, and the third since King Salman ascended to the throne in 2015.[1] Of the 81 men executed, over 50% were executed for their participation in pro-democracy protests and over 70% were executed for non-lethal offences that do not meet the threshold under international human rights law of “most serious crimes”. Due to the opacity of the criminal justice system, the extent of the due process violations in the majority of the cases is unknown, in addition to the number of child defendants that may have been secretly executed. No notice was given to the victims’ family members before the executions, nor have any of the bodies been returned to their loved ones.

There are strong indications that the situation will continue to worsen. There has been a recent increase in the number of death sentences issued by the Court of First Instance and death sentences upheld by the Court of Appeal. Notwithstanding the lack of transparency around Saudi Arabia’s criminal justice system, the European Saudi Organisation for Human Rights (ESOHR) has monitored the cases of 42 individuals at risk of the death penalty.[2] There is concern that Saudi Arabia is planning to carry out a new wave of executions. Saudi Arabia continues to gaslight the international community with empty promises of reform and change. Not only have reforms never materialised, the human rights situation has worsened significantly.

In the last two weeks, Saudi Arabia has sentenced several child defendants to death. The authorities have consistently stated that they had abolished the use of the death penalty for child defendants. As recently as April 2022, the Saudi Human Rights Commission reiterated the claim in its annual human rights report.[3] This is a lie. Last year, Saudi Arabia executed Mustafa al-Darwish.[4] His charges included participating in protests in Saudi Arabia when he was 17 years old.

Currently, according to ESOHR’s monitoring, there are eight child defendants at risk of the death penalty, including Abdullah al-Derazi,[5] Youssef al-Manasif,[6] and Abdullah al-Howaiti.[7]

Further, there are currently many individuals at risk of the death penalty for non-lethal charges related to exercising their freedom of expression. Hassan al-Maliki,[8] a Saudi academic, is facing a potential death sentence for charges including “possessing books” that were “not authorised by the competent authority” in Saudi Arabia. The Public Prosecutor is also calling for the death penalty against Salman Alodah[9] for charges including “sarcasm and mockery of the government’s achievements”.

In addition to the issuance of death sentences, the nature and actions of the Specialised Criminal Court (SCC) is of great concern. The SCC was established to try so-called ‘terror and state security-related offences, however, in reality proceedings before the SCC are routinely used to crack down on individuals perceived to be critical of the government, including child defendants. Protracted proceedings and repeatedly postponed hearings keep detainees facing the death penalty in a continual state of uncertainty. Hassan al-Maliki and Salman Alodah have both been detained for over five years without verdicts issued on their cases. Hassan al-Maliki’s hearings have been postponed no less than 16 times. Similarly, hearings in the case of Salman Alodah have been postponed multiple times without any reason. The last hearing was scheduled to take place in July 2021 but was cancelled. The court has not scheduled a hearing since then.

The undersigned organisations are deeply concerned over the fate of the detainees facing the death penalty. Saudi Arabia will continue to attempt to deceive the international community with empty promises and deflection tactics. However, the reality is that Saudi Arabia continues to violate international human rights standards with complete impunity.

As such, the undersigned organisations respectfully request that you and the OHCHR:

(i)  Engage with the Kingdom of Saudi Arabia on its use of the death penalty as a matter of highest priority; and

(ii)  Urge the Saudi authorities to implement a moratorium on executions pending a full, independent review of cases in the criminal justice system to identify those which carry the risk of a death sentence which involve (a) childhood crimes and (b) torture-tainted confessions and / or other fair trial violations, and publish this data.

[2]Due to the lack of access to individuals on death row and intimidating civil society and family member of victims, the true number of individuals at risk is not known.

[8] The Independent, MPs call on Liz Truss to intervene to stop Saudi Arabia executing academic for ‘contents of his library’, 13 November 2021, available at: https://www.independent.co.uk/news/world/middle-east/saudi-britain- mps-truss-academic-b1956768.html. 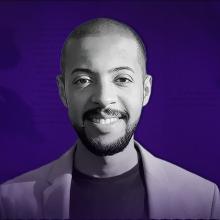