On Tuesday 16 March 2021, a coalition of ten NGO's appealed, through a joint letter, to the Iraqi Council of representatives, asking them to amend the proposed Draft Law on Freedom of Assembly and Peaceful Demonstrations in order to bring it in line with the Iraqi Constitution and international human rights laws.

Re: Draft Law on freedom of assembly and peaceful demonstrations

We, the undersigned organisations, are writing to express our concern over certain provisions contained in Iraq’s recently amended draft Law on Freedom of Assembly and Peaceful Demonstrations.

To begin with, we welcome a number of positive amendments to the draft law compared to its earlier versions, such as the amendments to article 7, which now authorises peaceful demonstrations after the notification of the administrative authorities and removes the previous requirement to obtain the permission of said authorities. We also welcome the draft law’s repealing of the Coalition Provisional Authority Order No. 19 on the right of assembly.

However, we are particularly concerned by a number of undue restrictions placed on the rights to freedom of peaceful assembly and expression. We believe that the use of overbroad terms in the current bill undermines the principle of legal clarity. We therefore urge you to amend the draft legislation in order to bring it fully into line with article 38 of the Iraqi Constitution and articles 19 and 21 of the International Covenant on Civil and Political Rights (ICCPR), which Iraq ratified in 1971.
1. The draft law unduly restricts the right to free assembly in several ways. A peaceful demonstration, for example, is defined in article 1(5) as, “a peaceful gathering of a number of citizens seeking to express their views or claim their rights, which are guaranteed by the Constitution and Iraqi law.” Peaceful assemblies, however, should not be limited in their definition to the participation of “citizens” of the country. According to the UN Human Rights Committee’s General Comment 37 on article 21 ICCPR, regarding the right of peaceful assembly, “[e]veryone has the right of peaceful assembly: citizens and non-citizens alike. It may be exercised by, for example, foreign nationals, migrants (documented or undocumented), asylum seekers, refugees and stateless persons.” We therefore urge you to amend the draft law in order to guarantee the right of peaceful assembly to all individuals residing in Iraq, regardless of their citizenship status.

2. Additionally, according to article 11, “security authorities, in their official legally approved uniform, must provide the assemblers, protesters, or strikers with protection,” and the use of force shall be prohibited, except when “limiting harm to persons, properties, or public and private money and if the public assembly or demonstration was organised contrary to the provisions of the law.” While we welcome the inclusion of a provision that requires security officials to be recognisable, i.e., wearing uniforms, we regret that the law permits the use of force in cases where an assembly is deemed unlawful by the authorities under the provisions of the law. We recall that the United Nations Basic Principles on the Use of Force and Firearms by Law Enforcement Officials affirm, under principle 13, that “[i]n the dispersal of assemblies that are unlawful but non-violent, law enforcement officials shall avoid the use of force or, where that is not practicable, shall restrict such force to the minimum extent necessary.” As such, an “unlawful” assembly does not, in itself, provide justification for the use of force by law enforcement officials. As additionally stated by the Basic Principles, law enforcement officials “are obliged to exhaust non-violent means and to give prior warning if it becomes absolutely necessary to use force.” We therefore urge you to amend the abovementioned provision so that the use of force is prohibited, except where it is absolutely necessary.

3. The amendments introduce a new provision, article 13(1), which states that “whoever organises an assembly or peaceful demonstrations and does not submit written notification to the governor in accordance with the provisions of the law, shall be punished by imprisonment for a period of no less than six months and not exceeding one year,” in addition to fines. The aforementioned amendment contravenes established principles on the right to free assembly and could dissuade individuals from participating in, and organising, peaceful demonstrations. According to General Comment 37,“[a] failure to notify the authorities of an upcoming assembly, where required, does not render the act of participation in the assembly unlawful, and must not in itself be used as a basis for […] imposing undue sanctions, such as charging the participants or organisers with criminal offences.” This provision should therefore be repealed from the law.

4. We are also concerned by the restrictive measures posed by the amended draft law on the right to freedom of expression. Article 13(2) criminalises “insulting a figure or symbol that is respected by or sacred to a religious group” or “publicly imitating a religious figure or religious ceremony with the intention to mock them.” Similarly, article 5(2) prohibits “denigrating religions, religious doctrines, sects and beliefs or degrading them or their adherents.” According to the UN Human Rights Committee’s General Comment 34 on article 19 ICCPR, the freedoms of opinion and expression, “[p]rohibitions of displays of lack of respect for a religion or other belief system [...] are incompatible with the Covenant.” General Comment 34 maintains that it would be impermissible for “prohibitions to be used to prevent or punish criticism of religious leaders or commentary on religious doctrine and tenets of faith.”

We are additionally concerned that, under article 13(2), insulting a respected or sacred religious figure or symbol may be punished by imprisonment for not less than one year, in addition to fines. We are concerned by the introduction of a fixed mandatory minimum sentence because we believe that it doesn't allow for a proper assessment, by the judicial authorities, of the necessity and proportionality principles enshrined in General Comment 35. The lack of a maximum sentence is equally concerning as it could give rise to disproportionate punishments.

General Comment 35 states that the “arrest or detention as punishment for the legitimate exercise of the rights as guaranteed by the Covenant is arbitrary, including freedom of opinion and expression (article 19), [and] freedom of assembly (article 21)”. As further stated by article 38 of the Iraqi Constitution, the Iraqi state shall guarantee “freedom of expression using all means.” The draft law should therefore not restrict Iraqi’s individuals’ right to freely express their opinion, including on matters relating to religious figures, doctrines and belief. As such, we urge you to repeal articles 13(2) and 5(2) from the law.

5. Furthermore, we are concerned by the introduction of article 9(3), which prohibits wearing “masks and blankets [...] to hide facial features intentionally” during a protest, in order to enable security forces to identify rioters and other offenders. Over the course of the nationwide protests that swept through Iraq, starting in 2019, protestors, activists and human rights defenders have been attacked, kidnapped, tortured and disappeared, with impunity, as a result of their participation in demonstrations. Given this climate of reprisal and intimidation, anonymity provides demonstrators with protection from potential attacks by armed groups, state security forces or other armed individuals. As affirmed by the Human Rights Committee in its General Comment 37, wearing “face coverings or other disguises by assembly participants […] [may] serve to counter reprisals or to protect privacy, including in the context of new surveillance technologies. The anonymity of participants should be allowed unless their conduct presents reasonable grounds for arrest.” As additionally stated in the General Comment, “the use of disguises should not in itself be deemed to signify violent intent.” Many women resorted to wearing facemasks during some of the popular protests that began in October of 2019 in order to minimise the risk of reprisals. We believe that this provision could additionally be used to prohibit women wearing the niqab from participating in peaceful demonstrations. As such, in order to remain in line with the international human rights obligations which Iraq has ratified, the aforementioned provision should be removed from the law.

6. Lastly, the amendments to the draft law introduce article 9(4), which prohibits, “carrying foreign flags or signs that offend public sense and morals.” We would like to refer to the Human Rights Committee’s General Comment 37, which provides that:

the use of flags, uniforms, signs and banners is to be regarded as a legitimate form of expression that should not be restricted, even if such symbols are reminders of a painful past. In exceptional cases, where such symbols are directly and predominantly associated with incitement to discrimination, hostility or violence, appropriate restrictions should apply.

As such, the draft law should not prohibit the carrying of foreign flags. While restrictions may, and should be, placed on expression that incites violence and discrimination, the use of broad terms, such as “public sense and morals,” should be avoided, as it creates undue restrictions on the right to free expression. We therefore recommend that article 9(4) of the draft law be repealed.

In light of continuous attacks against Iraqi demonstrators, activists, and human rights defenders, we urge you to strengthen the protections provided by the law for individuals exercising their right to freedom of expression and peaceful assembly in Iraq. The draft law, as it stands, does not fully serve this purpose. In light of the above, we urge you to repeal or further amend the aforementioned provisions of the law, bringing them in line with international human rights laws and the Iraqi Constitution. 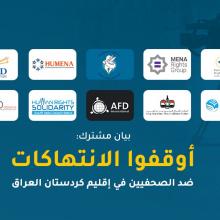 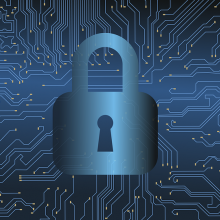 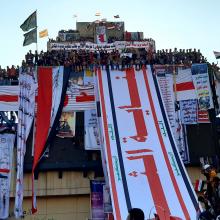 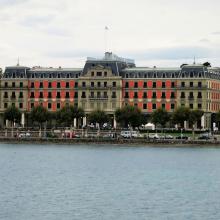 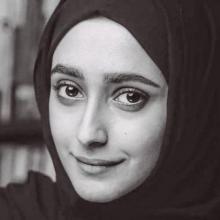 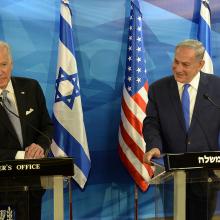 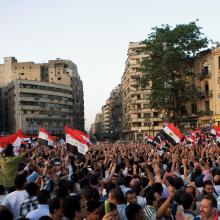 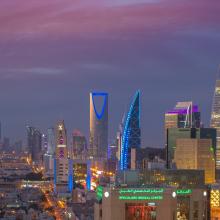 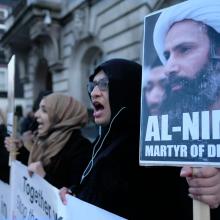