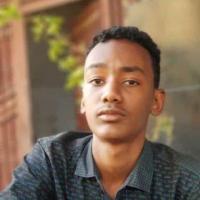 On December 20, 2018, Muhanad Abdulgadir was killed after being shot in the head by the National Intelligence and Security Service (NISS) during a peaceful demonstration in Al Qadarif.

On December 20, 2018, a protest was held at a market located in Al Qadarif. Members of the NISS dressed in civilian clothing were deployed to disperse the protest, including snipers positioned on top of the surrounding buildings.

At around 10 a.m., Muhanad Abdulgadir was passing by the protest while on his way home after a visit to Al Jazeera Bank, when he was arbitrarily executed by being shot in the head. Witnesses reported that, on the same day between 10 a.m. and 12 p.m., eight other people were killed at the protest by being shot in the head by two members of the NISS.

Two weeks after Abdulgadir’s death, his family went to Al Qadarif prosecution office, where they discovered that an inquiry had already been opened without their knowledge. The subsequent investigation did not lead to the identification of any suspect, and the family was not allowed to file another complaint or challenge the result of the inquiry. Additionally, the family was not allowed to receive a copy of the forensic report of the autopsy performed on Abdulgadir’s body.

The use of force that resulted in Abdulgadir’s death occurred within the context of the violent crackdown on the nationwide protests that have been taking place in Sudan since mid-December 2018.

February 28, 2019: MENA Rights Group refers the case to the UN Special Rapporteur on extrajudicial, summary or arbitrary executions.
January 2019: Family goes to Al Qadarif prosecution office and discover an inquiry has already been opened without their knowledge.
December 20, 2018: Muhanad Abdulgadir is arbitrarily executed by NISS during peaceful demonstration.