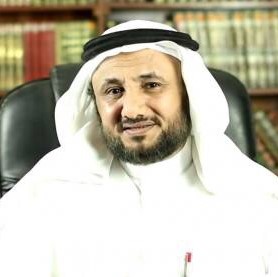 On September 11, 2017, Dr. Hasan Farhan Hasan Al Zaghli Al Khaledi Al Malki, an Islamic scholar and public intellectual, was arrested without a warrant amidst a wave of arrests of religious figures, journalists, academics and activists. Al Malki was charged under the anti-terrorism law and is currently on trial, in which the prosecution has called for Al Malki to be sentenced to death. It is anticipated that he will be sentenced imminently.

Dr. Hasan Farhan Hasan Al Zaghli Al Khaledi Al Malki is a Saudi Islamic scholar and public intellectual who is known for his tolerant and moderate religious views, as well as his rejection of takfir ideology and sectarianism and criticisms of the Salafi Wahhabi school of thought.

On October 17, 2014, Al Malki was initially arrested, due to his political views, and was eventually released and placed under travel ban. On July 21, 2017, Al Malki was sentenced to three months in prison, a fine of 50,000 riyals (USD 13,500), and the shutdown of his Twitter account. In early September 2017, Saudi intelligence services arrested a wave of religious figures, journalists, academics and activists. On September 11, 2017 Al Malki was arrested again and subsequently taken to Aseer prison.

In October 2018, over one year after his arrest, Al Malki was formally charged with 14 counts of indictment, including “criticising the actions of some of the companions of the Prophet Muhammad, peace be upon him and his family” and “holding numerous television interviews with foreign newspapers and channels ‘hostile’ to the Kingdom.”

His trial began on October 1, 2018, which has been characterised by the non-observance of fair trial norms, including the failure to promptly inform Al Malki of the charges against him, a prolonged pre-trial detention period, limited access to legal counsel, and the use of secret hearings. In addition, the charges relate to offences under Saudi Arabia’s broad counter-terrorism law and, subsequently, Al Malki is being tried before the Specialised Criminal Court (SCC), which was established in 2008 to handle cases of terrorism.

Despite the UN Human Rights Council reiterating that the death penalty ought to only apply to crimes of extreme gravity involving intentional killing, the prosecution has continued to call for Al Malki to be sentenced to death. It is currently unknown when Al Malki will be sentenced but it is believed that he is at serious risk of imminent execution.