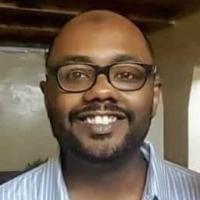 Omar Mahmoud was arrested on December 25, 2018 while taking part in a peaceful demonstration in Khartoum. After being beaten and subjected to psychological torture, Mahmoud was released on the same day as his arrest.

On December 25, 2018, Omar Mahmoud was taking part in a peaceful protest in Khartoum, Sudan, when members of the security forces stopped him and violently beat him. The officers wore uniforms and drove vehicles typically attributed to the Rapid Support Forces (RSF).

Mahmoud was arrested and brought to a building belonging to the National Intelligence and Security Service (NISS). During the arrest, the officers continued to beat him and also threatened to shoot him. Upon arrival at the NISS building, Mahmoud was forced to sit down in the front yard with his face against a wall, and was subjected to psychological torture, including threats of being electrocuted, severely beaten and killed without anybody knowing his fate.

Mahmoud was accused of belonging to a group that supports women's rights, which the NISS officers said “was against Islamic beliefs”, and of being affiliated to an opposition political party. He was released later the same day.

Mahmoud’s arrest is part of the violent crackdown on the nationwide protests that have been taking place in Sudan since mid-December 2018.