Moroccan journalist Hajar Raissouni prosecuted, in violation of her right to privacy

Moroccan journalist Hajar Raissouni prosecuted, in violation of her right to privacy 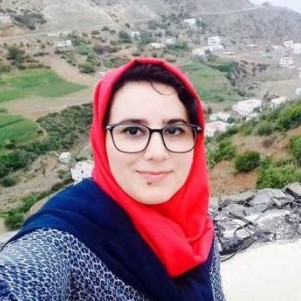 Lire la page en français
On August 31, 2019, journalist Hajar Raïssouni was arrested and accused of "illegal abortion" and "debauchery". With her trial currently underway, she now faces a maximum of two years imprisonment. Raïssouni’s fiancé, as well as her doctor and assistants, a nurse and a medical secretary, were also charged in the same case. On September 12, 2019, MENA Rights Group submitted her case to seven UN Human Rights Council Special Procedures, calling for her immediate release, arguing that her prosecution constitutes a violation of her rights to privacy and an act of retaliation against her activities as a journalist and against some of her family members critical of the authorities. On October 16, 2019, she was granted royal pardon and released.
Latest Updates
October 16, 2019: A royal pardon is issued and Ms Raïssouni is released.
September 30, 2019 : Rabat’s Court of First Instance sentenced Ms Raissouni to one year in prison. Several UN Special Procedures mandate holders send urgent appeal to the Moroccan authorities (AL MAR 4/2019) regarding Raissouni's case.

September 12, 2019: MENA Rights Group submitted the case to Special Rapporteurs on the right to privacy; freedom of speech; violence against women, the Special Rapporteur on torture and other cruel, inhuman or degrading treatment or punishment, the Working Group on Arbitrary Detention, the Working Group on the Issue of Discrimination against Women in law and practice, as well as the National Council for Human Rights (CNDH) and the Interministerial Delegation for Human Rights (DIDH) of Morocco.
September 9, 2019: Her trial is postponed until September 16.
September 5, 2019: The prosecutor publishes a statement detailing the allegations against Ms Raïssouni containing information and intimate details, in violation of the secrecy of instruction.
September 2, 2019: Ms Raïssouni is brought before the court of first instance of Rabat and charged with "illegal abortion" and "debauchery". Her application for conditional release was rejected and was remanded into custody in Al-Arjat Prison in Salé.
August 31, 2019: Ms Raïssouni arrested in Rabat by police in plainclothes.

Ms Raissouni and her fiancé were arrested in Rabat on August 31, 2019 by plainclothed police officers. Earlier that day, they had been seen in a gynecology-obstetrics clinic in Agdal district. After the police forced them back to the clinic and arrested the doctor, and two of his assistants, the five of them were then transferred to the headquarters of the Judiciary Police of Rabat for questioning.

Ms Raïssouni was held in custody at the police station for two days, where she was questioned about her private life and whether she had an abortion. Later, during the afternoon of August 31, the police took her to Ibn Sina Hospital in Rabat where she underwent a gynecological examination without the medical staff asking for her consent.

During her detention, Ms Raïssouni was also questioned about her activities as a journalist and about the political writings of several members of her family, including her uncles Ahmed, president of the International Union of Muslim Scholars, and Souleïman Raïssouni, editor-in-chief of Akhbar Al Yaoum and author of editorials critical of the authorities. She was also asked about the activities of her cousin, Youssef Raïssouni, who is the secretary general of the Moroccan Association of Human Rights.

In a letter released on September 4, Ms Raissouni had also reported being questioned about the case of Toufik Bouachrine -- the former director of Akhbar al-Yaoum who was sentenced to 12 years imprisonment in November 2018. The Working Group on Arbitrary Detention had previously recognized the arbitrariness of his detention.

On September 2, Ms. Raïssouni was brought before a public prosecutor at the Rabat Court of First Instance and charged with "illegal abortion" and "debauchery", offenses punishable respectively by up to two years in prison, under Articles 454 and 490 of the Criminal Code. After her application for conditional release was rejected, she was remanded in Al-Arjat Prison in Salé.

On September 5, the public prosecutor of Rabat Court of First Instance released a statement detailing the allegations against Ms. Raissouni, which contained private information and breached her right to the privacy and secrecy of the investigation.

On October 16, 2019, she, her fiance and doctor were granted royal pardon and subsequently released.