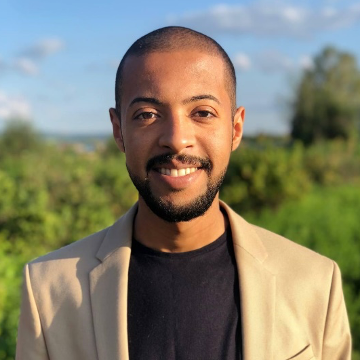 On May 12, 2021, Abdullah Jelan, a graduate of West Chester University of Pennsylvannia, was abducted by State Security forces in Medina. At around 8 pm that day, a convoy of six cars and 20 people suddenly arrived at Jelan’s mother’s house and proceeded to search the house before arresting Jelan and taking him to an unknown location. Prior to his arrest, Jelan had been vocal on Twitter, where he had advocated for his right to a job and fundamental freedoms in Saudi Arabia. To date, his fate and whereabouts remain unknown.

On May 12, 2021, Abdullah Jelan was at his mother’s house in the Shadhah district of Medina. At around 8pm that day, six cars with around 20 people suddenly arrived at the house. The individuals who conducted the arrest were armed and not wearing uniforms, but are believed to belong to the State Security forces. SSP agents then raided Jelan’s mother’s house and confiscated all electronic devices found in the house, including her phone. SSP agents then arrested Jelan without providing a warrant nor a justification for the arrest, before taking him to an unknown location. Though Jelan was taken to an unknown location, the individuals who conducted the arrest returned to Jelan’s mother’s house that same night and retrieved his prescribed medication.

Jelan had been vocal on Twitter, advocating, through an anonymous account, for his right to a job and the respect of fundamental freedoms in Saudi Arabia. Jelan may have been identified based on photos present on his Twitter account, which were then used by Saudi State Security forces to locate him and arrest him.

After his arrest, Jelan’s fiancé began sending text messages to Jelan’s mother, whose phone was confiscated by the SSP at the time, enquiring about Jelan’s arrest and conditions. There are reasonable grounds to believe that SSP officials actively concealed Jelan’s fate and conditions by deliberately lying to his fiancé while pretending to be Jelan’s mother.

In an attempt to silence Jelan’s fiancé, SSP agents sent her text messages, while pretending to be Jelan’s mother, claiming that Abdullah had called and said that “he was fine”. SSP agents also informed Jelan’s fiancé that they “will report her” and that she will be banned from entering Saudi Arabia as a result of her online activism.

On May 28, 2021, MENA Rights Group filed his case with the UN Working Group on Enforced or Involuntary Disappearances, urging it to call on the Saudi authorities to clarify Jelan's fate and whereabouts.

In their response to the WGEID on July 21, 2021 the Saudi authorities claimed that Jelan was arrested “pursuant to an arrest warrant issued against him by the competent authority in accordance with article 5 of the Terrorism and Financing of Terrorism Act.”  However, despite the State party’s claims, Jelan was not presented with an arrest warrant nor with any justification for his arrest at the time of his abduction.