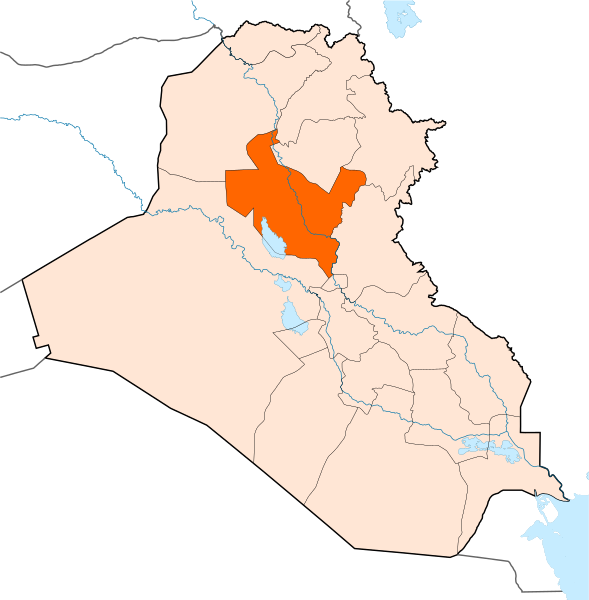 In March 2015, several militias affiliated with the Popular Mobilization Units (PMU) conducted mass arrests in the area of Jallam Al Dur in the Salah Al Din governorate. Many of the men and boys who were arrested on that day remain missing despite steps taken by the families and local leaders to locate them.

Until March 2015, the Islamic State of Iraq and the Levant (ISIL) fully controlled the village of Al Dur, located in the Salah Al Din governorate. In January 2015, Iraqi security forces, with the help of militias affiliated with the PMU, launched an offensive to liberate various parts of the Salah Al Din governorate, including the district of Al Dur.

Fearing clashes between ISIL militants and government forces, hundreds of families fled from Al Dur to take shelter in the rural areas nearby, including in farmlands and farmhouses situated in the Jallam Al Dur area.

On March 6, 2015, a high number of members of the Hezbollah Brigades arrived in Al Dur district. The militiamen proceeded with separating the men from the women and children to question them. They would ask the men, for instance, if they were possessing weapons or if they were members of ISIL. On March 9, 2015, the women and children were put on trucks and driven towards the city of Samarra in the Salah Al Din governorate while the men were taken to an unknown location.

Human Rights Watch received several testimonies indicating that on March 8-9, the Hezbollah Brigades and the League of the Righteous (also known as Asa’ib Ahl Al Haq) arrested around 200 men and boys in the Jallam Al Dur area. It has been estimated that as of September 2015, more than 160 of the men and boys remained missing and unaccounted for, and appear to have been forcibly disappeared.

The family of the victims went to Baghdad months following their disappearances. They visited the Al Saa court in Baghdad where they submitted the names of the disappeared to be searched in the lists of detainees maintained by the court from all the detention facilities and prisons in Iraq. However, it did not yield any result. In 2016, some families filed the victims’ cases with Al Dur courthouse, but did not hear back from the court, nor did they ascertain whether the police conducted any investigation.

On behalf of the families of the disappeared, local leaders took several steps to clarify the fate and whereabouts of the missing men and boys.

On March 21, 2015, Dhiya Al Duri, Member of Parliament for Al Dur, publicly raised the question of the whereabouts of the reported 160 missing men and boys. According to Human Rights Watch, he said there had been no acknowledgement that the missing men and boys had been taken, by whom, or where they were being held. He also approached the head of the PMU in Samarra, the Salah Al Din provincial council and governorate, the parliament’s security and defense committee and Prime Minister Abadi’s office.

Local leaders also contacted Abu Mahdi Al Muhandis, the former leader of the PMU, killed on January 3, 2020, and former Prime Ministers Nouri Al Maliki and Haider Al Abadi. The office of the Prime Minister informed them that they were unable to find the names of the victims in the database of detainees.

In 2018 and 2020, they twice contacted MP Jasim Jibara, who is a member of the Parliamentary Security and Defence Committee, to no avail. They also tried unsuccessfully to approach officials or politicians who visited the Al Dur district including Mr Salim Al Jubori, when he was the speaker of the Council of Representatives.

September 2021: MENA Rights Group requests the urgent intervention of the UN Committee on Enforced Disappearances on behalf of six of the disappeared victims.
March 6, 2015: Around 160 men and boy are forcibly disappeared by militiamen.
March 2015: Militias of the PMU carry out mass arrests in the area of Jallam Al Dur.