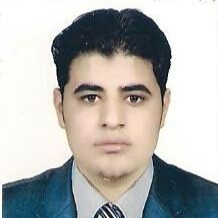 Falah Al Aqili, a resident of the Hit district in Iraq’s Anbar province, was arrested at Baghdad International Airport on November 4, 2014, while trying to leave Iraq, alongside two other Hit residents. Although Al Aqili’s companions were later released, Al Aqili remains disappeared.

In November 2014, after ISIS occupied Hit district in Iraq’s Al Anbar Province, then 20-year-old Falah Al Aqili decided to leave Iraq for Istanbul, Turkey, with two other residents from Hit. On November 4, 2014, after Al Aqili arrived at Baghdad International Airport, alongside his two companions, they were stopped by a member of the airport security called Ali, just after having their passports stamped.

The airport security officer, Ali, interrogated them at the airport for three hours. The purported reason for the arrest was the similarity between Al Aqili’s name and two other wanted individuals: “Falah Mahdi Salih Azab Al-Khazraji” and “Falah Mahdi Saleh Ibrahim Al-Jarrah,” both from Diyala.

After interrogating Al Aqili and his two friends, the airport security officer arrested all three individuals and took them, in a black Cherokee car, to a checkpoint near the airport controlled by the Iraqi Army. On the following day, some of the three individuals’ family members inquired with Ali about their whereabouts. He answered that they would be released soon and that they were being questioned as a result of suspicions based on the similarity of their names with individuals who were wanted.

After four days, Al Aqili’s two companions were released in an unknown area in the Iraqi desert, while Al Aqili has remained disappeared since.

On several occasions Al Aqili’s family inquired with the Iraqi authorities about his fate and whereabouts, which remain unknown to date. On December 30, 2014, Al Aqili’s family submitted a request to the Central Criminal Court of Baghdad to know where he was detained or if there was a case against him, but his name was not found in their records. Around one week later, on January 8, 2015, his family submitted a request for information on his whereabouts to the Public Prosecutor of the Central Criminal Court in Karkh and the Public Prosecutor of the Criminal Court of Al Rasafa but to no avail. The following week, on January 14, 2015, his family submitted another request for information on his whereabouts to the office of the Minister of Interior but again to no avail.

On February 15, 2017, a letter from Al-Ramadi Investigation Court was sent to the Presidency of the Anbar Federal Appeal Court stating that Al Aqili is not wanted in any case. On January 20, 2020, Al Aqili’s family submitted a request to the Personal Status Court in Hit in order to obtain a record of Al Aqili’s travels to confirm that he had not left Iraq after his arrest. The family received a reply indicating that, after having his passport stamped, Al Aqili was “returned back” by the security at Baghdad International Airport. Al Aqili’s fate and whereabouts have remained unknown since.

On April 22, 2022, MENA Rights Group and the Iraqi War Crimes Documentation Center requested the Urgent Intervention of the UN Committee on Enforced Disappearances.

April 22, 2022: MENA Rights Group and the Iraqi War Crimes Documentation Center request the urgent intervention of the UN Committee on Enforced Disappearances.
January 20, 2020: Al Aqili’s family submits a request to the Personal Status Court in Hit in order to obtain a record of his travels after his arrest, to know if he had left the country.
February 15, 2017: Al-Ramadi Investigation court sends a letter to the Presidency of the Anbar Federal Court of Appeal informing them that Al Aqili is not wanted in any case.
January 14, 2015: Al Aqili’s family submits another request for information regarding Al Aqili’s whereabouts to the office of the Minister of Interior, but to no avail.
January 8, 2015: Al Aqili’s family submits a request for information regarding his whereabouts to the Public Prosecutors of the Central Criminal Court in Karkh and the Criminal Court of Al Rasafa, but to no avail.
December 30, 2014: Al Aqili’s family submits a request to the Central Criminal Court of Baghdad, inquiring about Al Aqili’s whereabouts and whether there is a case against him.
November 8, 2014: Al Aqili’s companions are released while he remains disappeared.
November 4, 2014: Al Aqili is arrested with two companions while trying to leave Iraq via Baghdad International Airport.