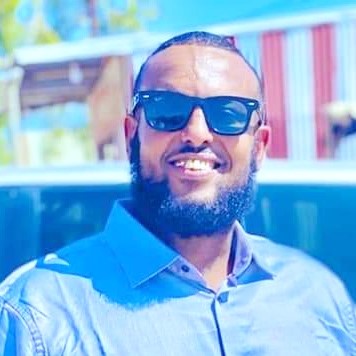 Lire la page en français
Arreh Aouled is a Djiboutian national who has been living in Gabilay, Somaliland, for the past four years. He was charged with defamation of Djibouti's President Ismail Omar Geele. He was held in pre-trial detention at Gabiley Police Station and it was feared that Aouled could be at risk of being forcibly transferred to Djibouti. On 28 July 2022, Aouled was released after being acquitted by the appeal court.

On May 20, 2022, Arreh Aouled, a social activist known for his critiques of the Djiboutian government, was arrested by members of the Somaliland police without being presented with a warrant or being informed of the reasons for his arrest.

The next day, the Human Rights Center for Somaliland expressed concerns regarding Somaliland’s practice of deportation to Djibouti and asked for his immediate release.

On May 23, 2022, Aouled was brought before the Gabiley Regional Court. On that same day, it was alleged that a helicopter was sent to Hargeisa, Somalia, by the Djiboutian authorities to return him to Djibouti.

His custody was extended several times and on June 13, 2022, Aouled was, for the first time since his arrest, charged with using abusive language against Djibouti’s President Ismail Omar Guelleh under article 451(2) of the Somaliland Criminal Code.

This accusation is based on a short live video broadcast on Aouled’s Facebook page, in which he made comments on President Guelleh’s politics and so appears to be in violation of his right to freedom of expression and opinion under article 19 of the International Covenant on Civil and Political Rights.

Aouled remained detained and was presented before the Gabiley Regional Court on June 16, 2022.

If returned to Djibouti, Aouled would be at high risk of torture and cruel, inhuman or degrading treatment due to his criticism of the country's government. Considering the existence of foreseeable, real and personal risks as well as the violation to Aouled’s right to freedom of expression and opinion, MENA Rights Group submitted an urgent appeal to the UN Special Rapporteur on Torture and Other Cruel, Inhuman or Degrading Treatment or Punishment on June 20, 2022. In its urgent appeal, MENA Rights Group maintaned that the Somaliland authorities should commit not to return Mr Aouled to Djibouti and respect Mr Aouled’s right to freedom of expression and opinion, as enshrined in article 19 of the International Covenant on Civil and Political Rights (ICCPR).

On June 26, 2022, Aouled was acquitted by the Gabiley Regional Court but the attorney general appealed the acquittal.

On July 28, 2022, Aouled was released after being acquitted by the appeal court.