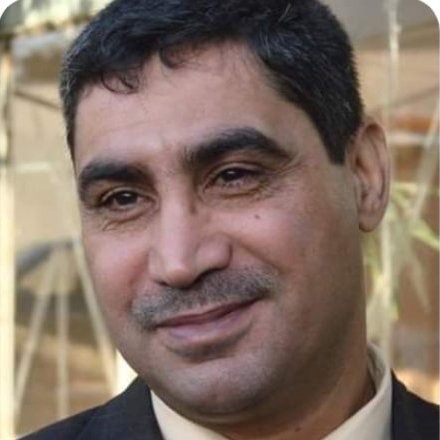 On March 9, 2020, Tawfiq Al Tamimi, an editor of regional news for the Al-Sabah newspaper, was abducted in the eastern Baghdad neighbourhood of Ur whilst travelling to work. His whereabouts and fate remain unknown.

Tawfiq Al Tamimi is a journalist and editor of regional news for the government-affiliated daily Al-Sabah. Two days before his disappearance, he published on Facebook a text calling for the release of Mazen Latif, a publisher and writer, who disappeared on February 1, 2020. Al Tamimi also voiced support for the Iraqi protests on Facebook and, shortly before he was abducted, had criticised the government’s economic mismanagement.

On March 9, 2020, at 8.20 a.m., Al Tamimi was travelling to work, with his driver, when they were stopped in the Ur neighbourhood by unidentified gunmen wearing civilian clothes and balaclavas. The unidentified men stole their cell phones and kidnapped Al Tamimi at gunpoint, forcing him into one of their vehicles. He was then taken to an unknown location while his driver was set free.

Although Al Tamimi’s family have not received any information concerning the perpetrators responsible for his enforced disappearance, they believe that he was abducted by a militia acting with the authorisation, support, acquiescence or approval of the state as a result of comments he had made on Facebook.

On March 10, 2020, Al Tamimi’s family lodged a complaint at the Directorate of Crime Prevention, but to no avail. The same day, the Ambassador of the United Kingdom to Iraq, Stephen Hickey, raised concern over Tamimi’s abduction on Twitter.  Most notably, he urged the Iraqi authorities to conduct a prompt investigation.

October 2, 2020: On the occasion of the one-year anniversary of the beginning of the 2019-2021 Iraqi protests, MENA Rights Group sends a letter of allegation regarding the cases of six Iraqis abducted in relation to the Iraqi protests, including Al Tamimi, to four UN Special Procedures mandate holders.
April 6, 2020: MENA Rights Group and Al Wissam Humanitarian Assembly request the urgent intervention of the UN Committee on Enforced Disappearances.
March 10, 2020: Al Tamimi’s family file a complaint at the Directorate of Crime Prevention and the Ambassador of the United Kingdom to Iraq urges the Iraqi authorities to conduct a prompt investigation into Al Tamimi’s enforced disappearance.
March 9, 2020: Al Tamimi is abducted by unknown gunmen on his way to work.