On April 26-27, 2022, the UN Committee against Torture examined Iraq’s second periodic report, in which State authorities explain the steps taken to implement the UN Convention against Torture. Following an interactive dialogue with country representatives, the Committee adopted Concluding Observations, in which the Committee deplores the lack of progress made since the country was last reviewed in 2015. In a joint letter, we and five other human rights NGOs call on the Iraqi authorities to quickly develop and implement a national plan to combat torture in light of the recommendations contained in the Committee's latest Concluding Observations.

Despite Iraq’s ratification of the UN Convention against Torture and Other Cruel, Inhuman or Degrading Treatment or Punishment (UNCAT) in 2011, little has been done to implement the provisions contained in the Convention. As a result, torture remains a structural problem reinforced by a climate of widespread impunity.

On April 26-27, 2022, the UN Committee against Torture examined Iraq’s second periodic report, in which State authorities explain the steps taken to implement the UNCAT at the national level. Following an interactive dialogue with country representatives, the Committee adopted Concluding Observations, in which the Committee deplores the lack of progress made since the country was last reviewed in 2015.

After discussing Iraq’s legal framework for combatting torture and the lack of observance of existing legal safeguards, the UN experts expressed concerns at allegations of widespread torture or ill-treatment and the lack of accountability for such acts. Finally, the Committee addressed the  treatment of death row inmates and the violations that took place in the context of the 2019-2020 protests.

Although torture is prohibited by the Constitution and article 333 of the Penal Code, Iraq has not yet criminalised torture in a manner consistent with the Convention. Since 2017, two anti-torture bills have been discussed in Parliament, neither of which was passed. The Committee regretted such delay while noting that the proposed texts fall short of the Convention against Torture. The UN experts recalled that discrepancies between the definition in the Convention and the definition in domestic law create loopholes for impunity.

One of the most effective ways to prevent torture is to ensure that all persons in custody have proper access to legal and procedural safeguards from the first moments of police custody. While taking note of the procedural safeguards to prevent torture and ill-treatment that are enshrined in the Iraqi Code of Criminal Procedures, the Committee expressed concern at “reports indicating that persons in custody are not routinely afforded all fundamental legal safeguards from the very outset of deprivation of liberty in practice.”

Most notably, the Committee noted that the right to access to legal counsel is systematically delayed and exercised only after the preliminary investigation interviews with the security forces and the investigative judge have taken place. Furthermore, persons suspected of terrorism-related offences are often not provided effective legal representation, access to an independent medical examination is not a standard practice, the right to notify a relative or a person of one’s choice is often delayed, and arrested persons are repeatedly brought before the investigative judge well-beyond the 24-hour limit provided by Iraqi law.

Although the State party claims that “verdicts handed down by the Iraqi courts do not rely on confessions alone but on an overarching body [of] evidence”, Committee members found that in practice interrogations by security forces are generally aimed at eliciting confessions, contributing to a coercive environment.

Even if the inadmissibility of confessions tainted by torture is enshrined in both the Constitution and the Code of Criminal Procedures, the Committee noted that coerced confessions are reportedly admitted as evidence in the courts, notably in terrorism-related cases. When defendants claim that their confessions were extracted under duress, their allegations are simply ignored.

Widespread use of torture and lack of accountability

During the interactive dialogue with the Committee, the State party’s representatives denied the existence of torture in places of detention. The delegation preferred to speak of isolated cases rather than a systematic or widespread practice. Yet, the Committee received “reports indicating that persons in custody, including in the facilities under the authority of security forces and facilities reportedly unknown to detainees, are subjected to torture or ill-treatment, particularly during the investigation stage of the proceedings.”

Equally concerning, the Committee observed that the existing mechanisms to receive and investigate complaints of torture “are not leading in practice to meaningful accountability for perpetrators.”

The mandate of the High Commission for Human Rights (IHCHR), Iraq’s national human rights institution, includes addressing torture complaints that can be referred to the Prosecution Office. However, the Committee noted that subsequent proceedings remain slow. The work of the IHCHR is currently undermined by the delay in selection of new members coupled with an undue influence of political parties during the nomination process. In addition, one of its commissioners, Dr Ali Al Bayati, is facing legal actions for the comments he made while still in office regarding torture cases.

In 2019, Iraq was the fourth largest executioner in the world with more than 100 executions carried out. Iraq has consistently stated that the death penalty is required because of the “extraordinary security situation” and serves as a deterrent to acts of terrorism. The Committee noted however that death sentences, relying on the controversial Anti-Terrorism Law, are “accompanied by the lack of due process and fair trial guarantees”. Citing the example of Nasiriyah central prison, the Committee explained that prisoners on death row are held in “deplorable material conditions”. It has also been reported that some detainees received false threats about their imminent executions. Equally concerning, the State party confirmed the practice of not notifying the families prior to the executions of their relatives.

In November 2020, the Iraqi authorities reportedly initiated a wave of executions of prisoners at the Nasiriyah central prison. During this period, it was estimated that 4,000 prisoners were facing imminent executiond, many of them charged with terrorism offences. This figure might be higher and the Iraqi authorities were not able to provide exact numbers during the dialogue with the Committee.

Violations taking place during the 2019-2020 protests

Since the beginning of nationwide protests in October 2019 over unemployment, corruption, and poor public services, Iraqi security forces and armed militias have subjected peaceful demonstrators to extremely violent attacks, resulting in the death of hundreds and injuries to tens of thousands of individuals. Other violations have been reported such as arbitrary arrests, torture and ill-treatment and enforced disappearances by security forces as well as by unidentified elements, according to the Committee.

While noting that fact finding committees had been established to investigate allegations of human rights violations and ensure accountability in relation to the 2019-2020 demonstrations, the Committee regretted the “lack of public reports on the actions taken by the fact-finding committee, the limited progress on investigations and the fact that only a handful of prosecutions have been undertaken to date.”

Among the few examples of prosecutions of perpetrators of human rights violations in the context of the demonstrations are those against Omar Nazar, member of the Emergency Response Division (ERD), who is currently being prosecuted on charges of “suppressing demonstrators” since February 2022.

Iraq is expected to submit, no later than May 13, 2023, specific and up-to-date information on its implementation of the recommendations made by the Committee, with a particular focus on the criminalisation of torture, fundamental legal safeguards, conflict-related sexual violence and the death penalty.

We, the signatory organisations, call on the Iraqi authorities to quickly develop and implement a national plan to combat torture in light of the recommendations contained in the Committee's latest Concluding Observations. 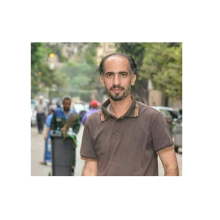