Should the “Law on Information Technology Crimes” be enacted in its current form, it would constitute a serious setback for freedom of expression in Iraq, and would establish a climate of self-censorship in the country.

To: The Iraqi Council of Representatives

Re: Call to withdraw the draft Cybercrime Law which would severely undermine fundamental right to freedom of expression

We, the undersigned civil society organisations, are writing to express our deepest concern over the reintroduction of the draft “Law on Information Technology Crimes”, which had its first reading before the Council of Representatives on January 12, 2019.[1]

We are alarmed that the published text represents a slightly amended version of a previous draft from 2011 which was then widely denounced by civil society organisations, and that core issues of concern still remain. We recall that on February 6, 2013, the Speaker of the House formally approved a request made by the Parliamentary Committee for Media and Culture to withdraw the text as it would constitute “a decline of freedom of speech in Iraq”.

While we recognise the necessity to legislate on cyber criminality, we argue that should this law be enacted in its current form, it would constitute a serious setback for freedom of expression in Iraq, and would establish a climate of self-censorship in the country.

We are particularly concerned over articles 3, 4 and 6 which punish vague and imprecise acts that could fall under the right to freedom of expression with life imprisonment and heavy fines. Unclear and subjective terms such as “undermining the independence, the integrity and safety of the country, or its supreme economic, political, military, or security interests” or “provoking sectarian strife, disturbing the security and public order, or harming the reputation of the country” do not meet the criteria of legal clarity and predictability.

We are also concerned by other vaguely worded provisions which would provide excessive discretion to the authorities, allowing them to stifle the right to freedom of expression. For example, articles 21 and 22 criminalise acts violating “any religious, moral, family or social principles or values or privacy of private life” or acts “breaching public decency and morals”. In addition, this provision sanctions with a maximum of two years in prison anyone found guilty of “defamation and libel”. We recall that the United Nations Human Rights Committee in its General Comment No. 34 established that criminal sanctions for libel and defamation are not proportionate with the effective exercise of the right to freedom of expression.[2] Lastly, other provisions, including article 18, violate the right to privacy and access to information, and can undermine the activities of whistleblowers.

In light of the above, we respectfully call on the Iraqi Council of Representatives to withdraw the draft Cybercrime Law in its present form, and to organise consultations, including with civil society, to prepare new legislation that addresses cyber criminality while also ensuring the respect of fundamental human rights and freedoms in Iraq. 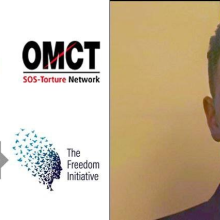